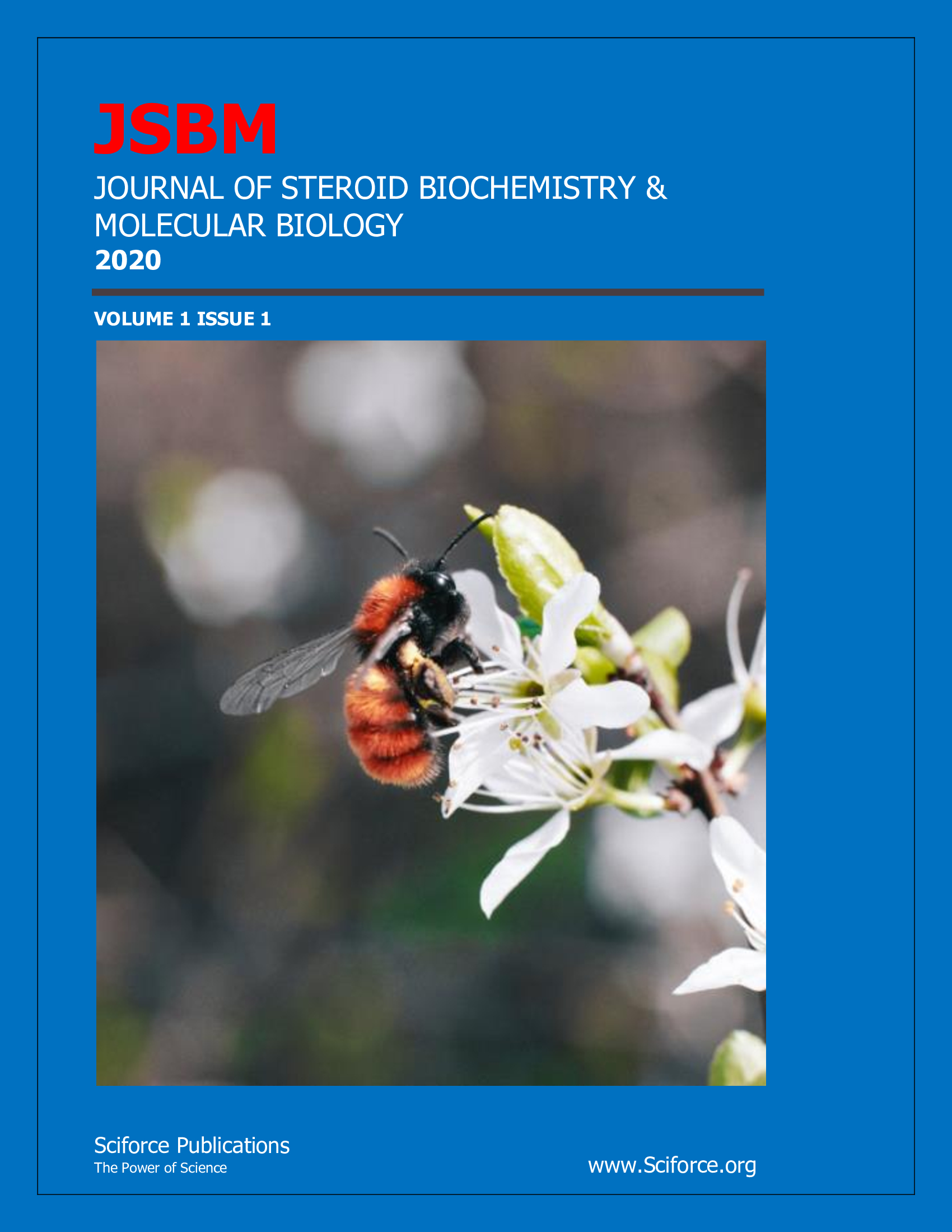 Trace elements (As, Se, Zn, Co, Cu, Pb, Cd, Ni, Mn, and Hg) were analyzed in blood of arsenic exposed people in Mexico by using ICP-MS to know the influence of trace elements on the MMA(V) and DMA(V) reductase activities for inorganic arsenic biotransformation process.

Nickel concentrations in blood were positively and negatively correlated with MMA(V) and DMA(V) reductase activities in blood of both females and males, respectively. These correlations were statistically significant for females. In conclusion of this study suggest that Ni may have influenced for biotransformation process of inorganic arsenic (inorg-As) in humans and it could enhance arsenic methylation, decrease urinary MMA, and increase urinary DMA.

The IARC1 has classified arsenic as a group 1 human carcinogen. Chronic exposure to inorganic arsenic can cause cancerous1-4 and non-cancerous health hazards5,6 in humans. Arsenic can get entry into the human body via drinking water, eating food, inhaling dust, and/or ingesting soil.

With chronic and continuing exposure, steady-state concentrations of arsenic in blood and urine are achieved; these have been the potential to serve as biomarkers of arsenic exposure7. Hall et al. (2006)7 have been suggested that with chronic exposure, blood arsenic which receives inputs not only from recent exogenous exposure but also from tissue compartments – may better reflect an individual's total internal As burden. The main organ for arsenic metabolism is the liver, but the metabolic pathway of inorganic arsenic is not yet fully clarified 8,9. Trivalent arsenic species are more ready to cross cell membrane and inorganic pentavalent arsenate in mostly reduced to trivalent arsenite in the blood stream before entering the cells for further metabolism10,11. Inorganic arsenic is metabolized in the body by alternating reduction of pentavalent arsenic to trivalent and addition of a methyl group from S-adenosylmethionine as methyl donor 8,12,13 (Fig. 1). Several studies have been shown an increasing prevalence of arsenic-related toxic effects with increasing %MMA in urine14,15 and probably an increased concentrations of the highly toxic MMA(III)16,17 at cellular level.

A number of studies have shown associations between the severity of arsenic related health effects and nutritional status18-20. Lower Se intake is associated with enhance As toxicity18,21-23, and lower urinary Se levels were associated with increased %inorg As and decreased %DMA in urine23. Another study has been reported that subjects with higher intakes of Zn had lower %MMA and higher %DMA in urine19. Zinc (Zn) has been linked to decrease arsenic toxicity in some studies2,24.

To date, other metal or metalloids that may influence arsenic methylation are largely unknown. The aims of this study were to assess the influence of trace elements for biotransformation process of inorganic arsenic and the correlations between the concentrations of trace element and MMA(V) or DMA(V) reductase activities in blood among the population in Lagunera area of Mexico, who drunk water containing arsenic in range 38 to 116 µg/L. Our results suggest that Ni had influenced on arsenic methylation process in humans.

Subjects. Urine and blood samples were collected from 191 subjects (98 females and 93 males), aged 18-77 years in the Lagunera area of Mexico. There were five groups, based on total arsenic concentration (38-116 µg/L) in their drinking water.

Urine and Blood Collection. All collecting containers were soaked overnight in 2% nitric acid (Baker analyzed for trace metal analysis) (J. T. Baker, Inc. Phillipsburg, NJ) and rinsed with double distilled and deionized water. All plastic measuring and collecting equipment were similarly washed, sealed in bags, placed in locked footlockers, and transported by air to the site of the study at the same time as the investigators. After collection, urine sample was immediately frozen in a portable icebox containing dry ice. Blood was collected by venous puncture, into vacutainers containing EDTA, transferred to the vial, and immediately frozen. The samples were kept frozen while being transported to the University of Arizona, Tucson where they were stored at -70°C before analysis.

Analytical Validation. Frozen bovine blood reference material for toxic metals (SRM 966, NIST) was used for quality control and to validate the assay. The recoveries of the elements in the spiking, reference bovine blood samples, and QC samples were previously described 28.

DMAV Reductase Assay. The reaction mixture (250 µl) was the same as in MMA(V) reductase assay except that 8.2 x 109 cpm of [14C]DMA(V) and 10 mM sodium DMA(V) replaced MMA(V). The product of the reaction that was formed was measured as previously described13,29.

There were five groups (Gps) of participants based on total arsenic concentration in their drinking water in this study. The general characteristics of the study population have been

Table 1: Trace elements concentrations in whole bloods of females (F) and males (M) from As exposed people in the Lagunera area of Mexico. Values are the mean ± SE (F, n=98 and M, n=93).

Table 3. Spearman correlation coefficients: (a) the ratio of Ni to As concentrations or (b) blood Ni concentrations (µg/L) versus blood MMA(V), DMA(V) reductase activities (nmol MMA(III) or DMA(III) formed/ mg protein/hr) or percentage of urinary As metabolites of females and males.

Figure 2. Method and chromatogram for the separation of arsenic species.

Method 2: The HPLC system consisted of a PerkinElmer Series 200 HPLC with an anion exchange column

Figure 3. Distribution of MMA(V) and DMA(V) reductase activities in bloods of females and males of different arsenic exposure groups. Values are the mean ± SE.

Figure 4. Spearman correlation coefficients for Ni concentrations or the ratio of Ni to As concentrations versus MMA(V) or DMA(V) reductase in blood of females.

In this study, strong positive correlation found between BAs (blood arsenic) and BCo (blood cobalt) as well as BAs and BNi (blood nickel) of both females and males. These correlations have not been reported before. Norwood et al. (2007)37 has been observed that arsenic bioaccumulation in the amphipod Hyalella azteca was enhanced with increased the concentration of metals including Co and Ni in the mixture exposure. So, we need to know that arsenic accumulation in the tissues of animal model would be enhanced or would not be enhanced with increasing the concentrations of Co and/or Ni in the mixture exposure, and this may help to know the mechanisms of arsenic toxicity in humans.

The most important findings in this study that the concentrations of Ni in blood were positively and negatively correlated with MMA(V) reductase and DMA(V) reductase activities in blood, respectively for both females and males. The reductions of arsenate to arsenite, MMA(V) to MMA(III), and DMA(V) to DMA(III) are catalyzed in vitro by GSTO1, this enzyme is crucial in the pathway for the methylation of inorganic As since only arsenic species having an oxidation state of +3 can be methylated8,29,38,39. Uthus and Poellot (1996)40 have been shown that dietary Ni, folate, and their interaction could affect variables associated that Ni may be important in processes related to the vitamin B12 / folate dependent pathway in methionine metabolism, possible one-carbon metabolism. Gamble et al. have been reported that folate could facilitate arsenic methylation41 and that folate supplementation could enhance arsenic methylation, decrease blood MMA, and increase urinary DMA9,42. MMA(V) reductase activities were positively correlated with the concentrations of nickel in blood and decreased urinary %MMA and increased urinary %DMA as well as the ratios of %DMA to %MMA of both females and males in our study. Therefore, the explanation of our findings that may be Ni and folate worked together and influenced arsenic reductase activities during the biotransformation process of inorganic arsenic in humans.

Results also suggest that more than one methylase may involve in the inorganic arsenic biotransformation pathway because Ni was positively correlated with MMA(V) reductase, but negatively correlated with DAM(V) reductase in bloods of both females and males in our study population. Other researchers have been suggested that more than one methylase are involved in the oxidative methylation of inorg As8,43,44.

In conclusion, nickel may influence arsenic reductase activities in tissues for biotransformation process of inorganic arsenic in humans and it could enhance arsenic methylation, decrease urinary MMA, and increase urinary DMA.

Acknowledgement: The Author wants to dedicate this paper to the memory of Dr. H. Vasken Aposhian and Mary M. Aposhian who passed away in September 6, 2019 and September 9, 2009, respectively. H. Vas Aposhian and M. M. Aposhian had collected those urine and blood samples from people in the Lagunera area of Mexico. Also, this research work was done under Prof. Vas Aposhian sole supervision and with his great contribution. The Superfund Basic Research Program NIEHS Grant Number ES 04940 from the National Institute of Environmental Health Sciences and the Southwest Environmental Health Sciences Center P30-ES-06694 supported this work. 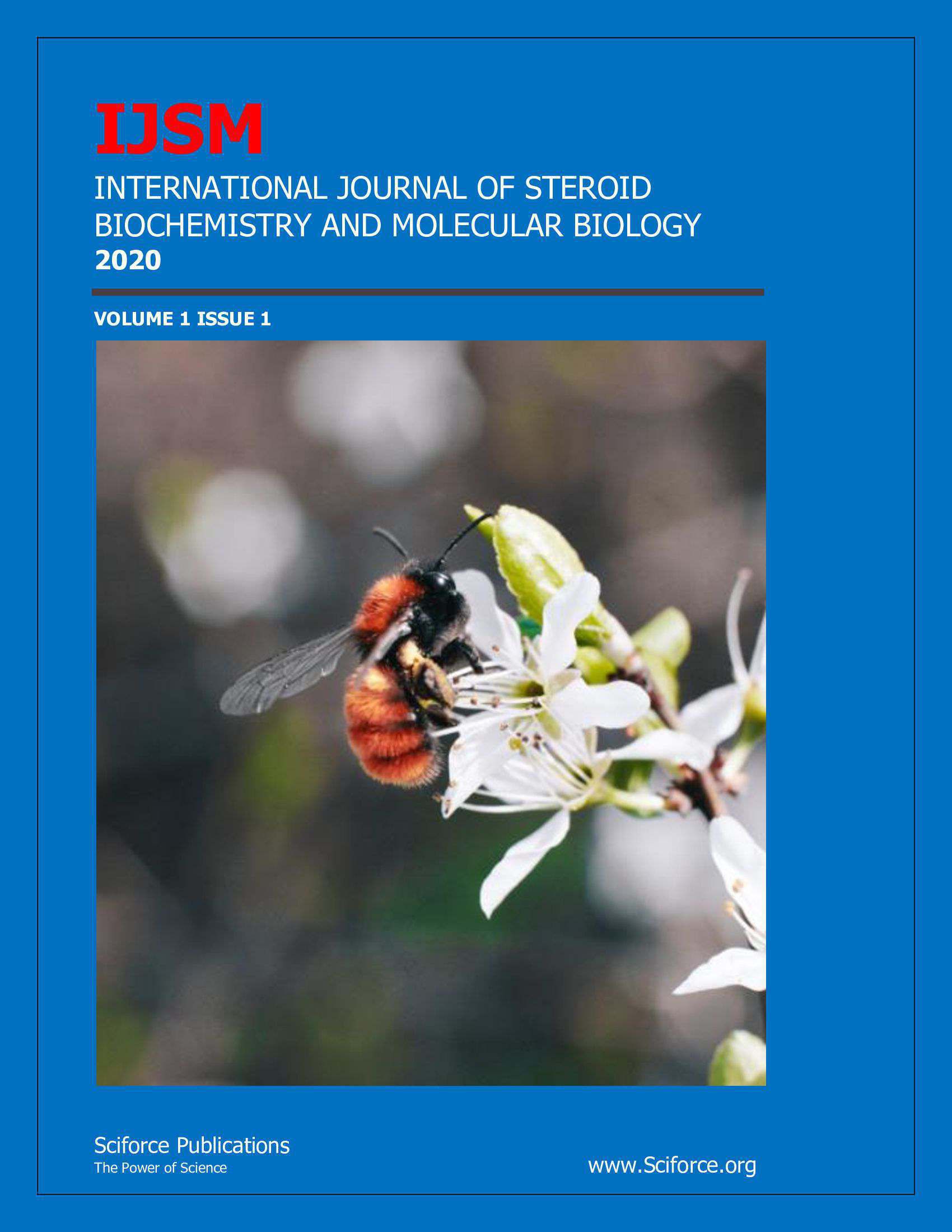 Chowdhury, U. K. . (2021). Nickel (Ni) may have influenced on the MMA(V) reductase and DMA(V) reductase activities for inorg-As biotransformation process in humans. International Journal of Molecular and Cellular Biology, 1(1), 1–10. Retrieved from https://ijmc.sciforce.org/index.php/IJMC/article/view/122
Download Citation

Vol. 1 No. 1 (2021): International Journal of Molecular and Cellular Biology